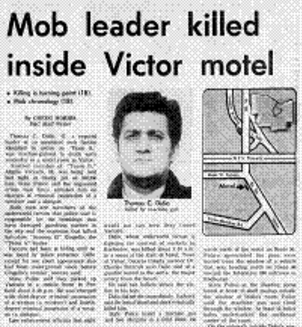 John “Johnny Flowers” Fiorino was Vice-President of Teamsters Local #398 in Rochester, New York. He was murdered on December 17,  1981, outside of the Blue Gardenia Restaurant in Irondequoit, New York by Joseph “Mad Dog” Sullivan, on the orders of “C Team” leaders Thomas Torpey and Thomas Taylor.

John Fiorino is Shot-gunned to Death

William "Billy" Lupo was found shot to death inside this car. The arrow on the windshield shows where the bullet hole was. 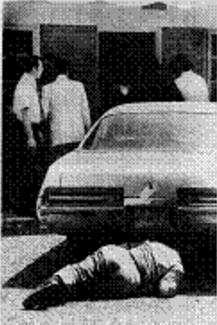 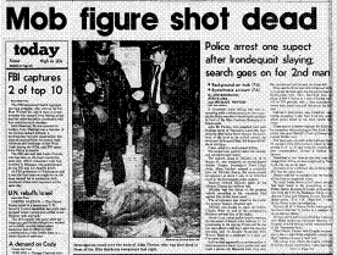 Police examine the car, one of the bodies is still stuffed face down in the backseat. 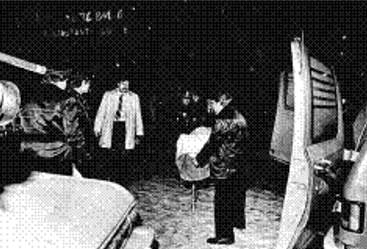 On May 19, 1978, “B Team” members Sonny Celestino,  Rodney Starkweather and a Mr. Bates threw a pipe bomb through the window of a known “A Team” gambling establishment called The Social Club Of Monroe located at 1264-1266 Clifford Avenue, Rochester, N.Y.

The club, which was owned and operated by Rochester Mafia member Donnie Paone (A Team), was full of patrons when the pipe bomb detonated. Fortunately, there were no reported injuries. 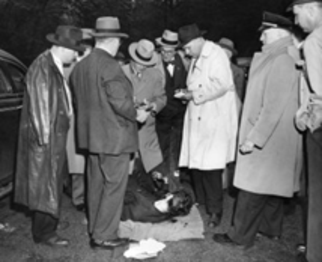 Police examine one of the bodies.

Firefighters examine the site of the pipe bomb blast. 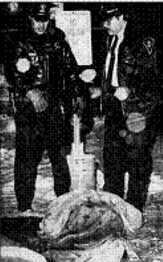 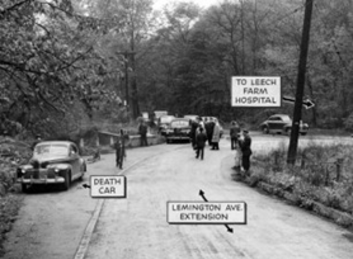 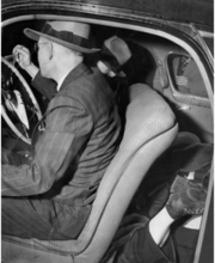 Thomas Didio is Machine-Gunned to Death

The force of the explosion amputated Gingello's right leg and nearly severed the left leg at the thigh. Within 20 minutes, Gingello died at Genesee Hospital as a result of the severe injuries suffered in the explosion. Thomas Taylor and Thomas Torpey suffered less extensive injuries. The following day Dominic "Sonny" Celestino was reputed to have stated that if he had placed the bomb properly, he would have "gotten all three of them bastards." 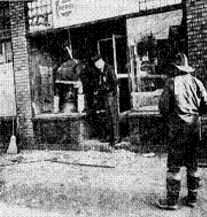 A bomb squad officer checks under Thomas Didio’s car (right), while other officers check out the motel room where Didio was shot to death by machine-gun.

On June 18, 1946, Pittsburg homicide detective, Peter Connors was driving to work when he spotted a man wearing a dark suit and slicked back hair walk into a gas station. That’s Frank Valenti Connors said to himself. Valenti was the prime suspect in a double murder of two small time numbers guys in Pittsburg, Pennsylvania.  Frank Evans and Freddie Garrow were found shot to death, their bodies riddled with a total of 22 gunshots were stuffed in the back seat and floorboard of a Pontiac, which was found near Washington Boulevard.
Police believe the men were killed in a dispute over the city’s lucrative numbers racket. They searched Evan’s clothing and found an adding machine slip, indicating that he had collected $6,000 in numbers plays the previous week. The numbers racket was big business, the East Liberty numbers syndicate took in about $20,000 per day claimed police. 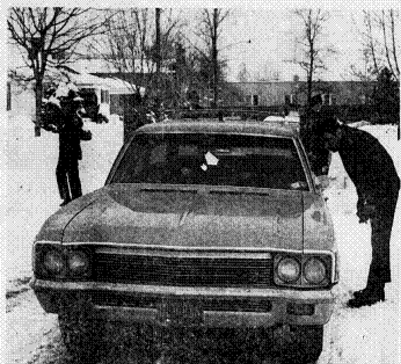