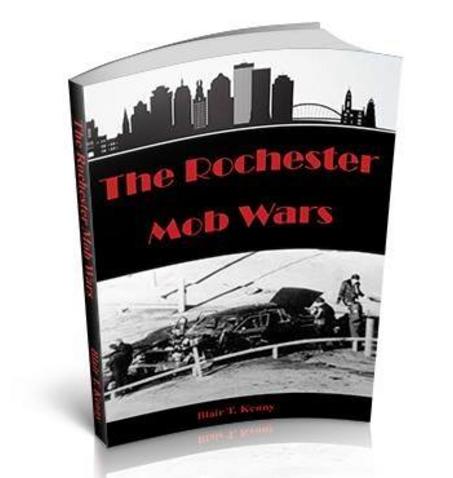 "The Rochester Mob Wars"  book is the result of two years of research into organized crime in Rochester, New York. The book is a compilation of newspaper clippings, court documents and Senate Hearings placed in chronological order detailing the highlights of the Mob's activity over a 40 year period. The 208 page book covers the time period of the 1950's to 1997 when Teamsters Local #398 was put into "Trusteeship" for lifetime affiliation with the Mafia. "The Rochester Mob Wars" is a true story about the rise and fall of the Rochester Mafia.  The Rochester Mafia Crime Family, in it's heyday, boasted over 40 "made" members, before internal strife and power struggles led to it's demise by self destruction.